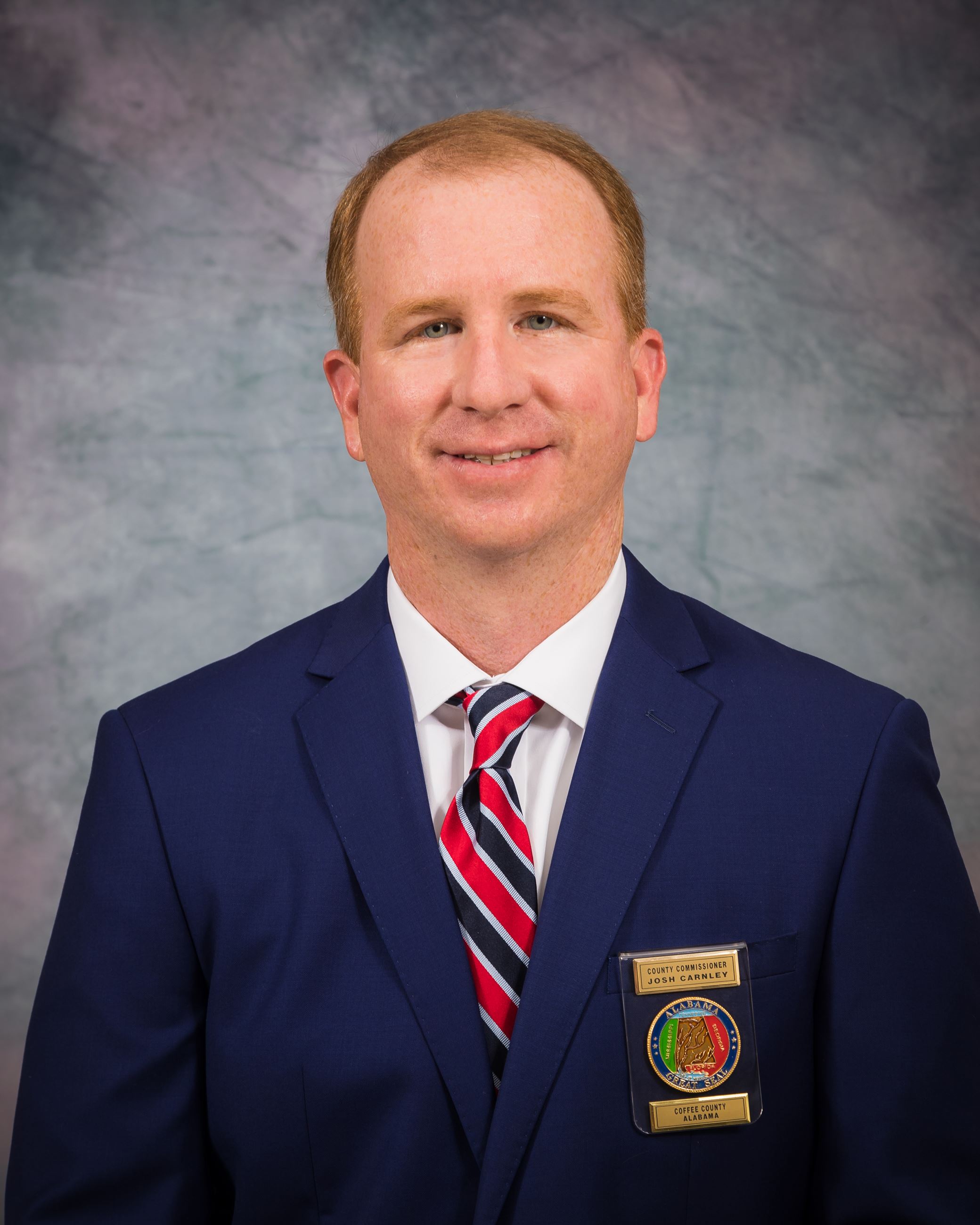 Commissioner Josh Carnley was elected in November 2012. He is a life long resident of Coffee County, where he was raised on his family's farm in the Ino Community.  He graduated from Kinston High School and received a Bachelors Degree in Agronomy and Soils from Auburn University.  Josh is a partner in Sanbuck Insurance and owns a farm, where he raises cotton, peanuts and beef cattle.

Commissioner Carnley is a proud husband and father.  He is married to Valerie Presley Carnley and they have three children, Presley, Stella Kate, and John Matthew.  He is actively involved at Ino Baptist Church, where he serves as a deacon and teacher.